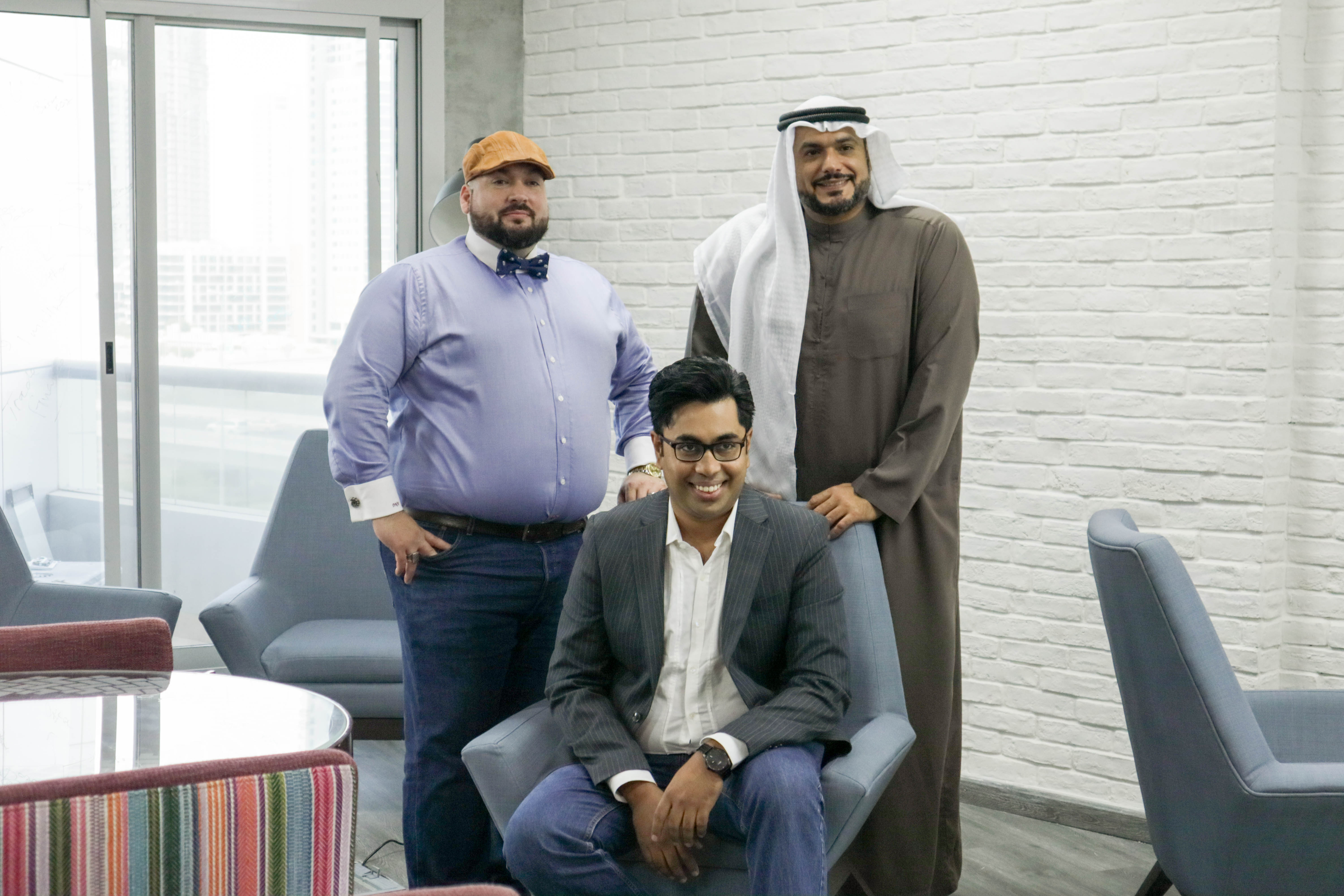 Omar AlShamsi owned a restaurant called Mamatani, which specialised in Emirati cuisine, back in the day before he was forced to shut it down.

The main reason was a failure to secure and retain a multitude of suppliers upfront, which botched the diner's cash flow.

“It was very difficult for me to find the right supplier, to find the right systems. I needed to make sure that things were running properly, as well as be able to analyse my business on a regular basis,” Mr AlShamsi, 40, an Emirati, says.

“More importantly, cash flow was an issue. I had 15 to 20 suppliers that I had to pay at different times during the month, and that creates big issues for cash-flow management.”

It was these setbacks that led to him to set up Watermelon Market, a food technology e-procurement platform for businesses, in 2021, with two partners — Cristobal Albornoz, who comes from a strong procurement background, and Archya Sengupta, a technology expert. The objective was simple: to help restaurant owners to eliminate day-to-day deterrents to running their businesses while allowing suppliers to manage orders, stock and invoices, all on one cloud-based platform.

Watermelon Market is an integrated platform that connects restaurants with food suppliers through a marketplace that offers insights into customers’ finances and stocks.

“We built a marketplace for suppliers so that they are able to reach customers and customers can reach them — all with just one click. Now, restaurants have the ability to find whatever they want, whenever they want, in the easiest way possible,” says Mr AlShamsi, who is also the company’s chief executive.

The Dubai start-up has 170 restaurants as its customers in the UAE — the only market it currently operates in — having started with only two last year. These include establishments such as Japanese restaurant Mizu, Bahraini sweet shop Awal, Indian restaurant chains Kamat and Gazebo, and gastronomy restaurants Mondoux and Farzi Cafe.

Watermelon says it has reduced the time taken to make a purchase by 70 per cent across more than 7,000 orders in the past 12 months.

“We were able to avoid spoilage … and create more revenue after we started using Watermelon, which helped us to centralise the supply ordering process and manage it effectively,” says Guy Claerhout, director of food and beverages at Mondoux.

“Because the entire ordering process is organised and managed efficiently, we always have supplies on hand. This helped us to generate more revenue and make our customers happier. Because it is centralised, it makes it easier for us to manage stock levels and never have missing ingredients.”

The global food technology market is forecast to hit about $343 billion by 2027, up from $220.32bn in 2019, at a compound annual growth rate (CAGR) of 6 per cent, according to Emergen Research. The market is primarily driven by the growth of advanced technology within the food industry.

As the world slowly recovers from the Covid-19 pandemic, there is a “greater demand for digital, agile, collaborative, and plug-and-play services, to lessen supply hazards and eventually streamline capital and cash flows”, the US market research and consulting company says.

The advent of the high-scale digitisation of critical business processes, such as procurement and sourcing, is becoming popular after the onset of the pandemic. Watermelon’s software helped restaurants avoid shutting shop during the pandemic, according to Mr AlShamsi, who comes from a trading and banking background.

“A lot of restaurants that joined us during the pandemic benefited from the fact that they could know how their business was functioning on a regular basis,” he says.

“Through our platform, customers have saved time and reduced over-ordering supplies, resulting in reduced waste and saved money — a win for business owners.”

Plans are afoot to expand the platform to other markets in the Middle East region, such as Bahrain within the next two months, followed by Saudi Arabia by the end of the year.

“And by the first quarter of 2023, we would be present in at least another three countries in the GCC,” says Mr AlShamsi.

All of Watermelon’s suppliers are based in the UAE currently. However, the company says it will have international suppliers by the end of this year.

The business is fully funded for this expansion, says Mr AlShamsi, who invested $1m in initial capital. The company then raised funds through a group of investors.

However, he did not disclose how much funding the company has raised so far, nor did he name the investors, but says that the company closed its seed investment.

“All I can say is that we do not foresee a requirement to raise funds for the next three years,” Mr AlShamsi says.

In its next phase of growth, Watermelon Market is looking to expand its offering to hotels, fine-dining outlets and large franchise chains.

However, challenges remain. The food and beverage industry still works in an “old school, archaic” manner, despite the pace of digital evolution, says Mr AlShamsi.

“The UAE has about 20,000 restaurants, give or take. And only 60 per cent to 70 per cent of these actually have digital capabilities,” he says.

Watermelon Market, a name derived from the “happy fruit”, as Mr AlShamsi calls it, is trying to change the industry outlook and prevent more diners from folding.

Where do you want to be five years from now?

We will have Watermelon as a global organisation helping to bring efficiency and transparency to the whole value chain of the food and beverage industry.

If you could start all over again, what would you do differently?

This question is one I ask myself everyday. I do this to find more ways to be efficient. If I believe I could have done something better, then I should go ahead and do it now. Hindsight is dangerous, unless you use it to improve yourself on a regular basis.

What’s the biggest lesson you have learnt from setting up Watermelon Market?

I am sure many have said this but the biggest lesson is that nothing goes as planned. You must be able to pivot fast and regularly until you find solid footing and then move forward. I do not believe in plans B and C because the unknown is exactly what it means. Planning for something you don't know or see is difficult, but having a nimble team that is fast to [jump into] action is my style of tackling situations that occur as the start-up comes to fruition.

What's your next big dream that you plan to make a reality?

At the moment my focus is on Watermelon Market. This is a system that is adding a huge value to the industry and I believe I would like to see it as the standard for the industry.

Who is your role model?

I have many role models, for different reasons. My biggest role models, however, are my family members, starting with my mother, who showed me the rewards of working hard. I saw first-hand how hard work is a requirement if you want to succeed. She worked hard and came home to take care of us way before the luxuries many live in today were available to us.

My father is the founder of Gulf Craft and other endeavours, which have been able to compete globally and succeed. He insisted on good education and hard work as a staple of our upbringing, and although it was tough at times, it helped me to prepare for the world and work hard through all hardships and overcome them.

Share it on:
Get Started NowRequest a Demo
Back to blog 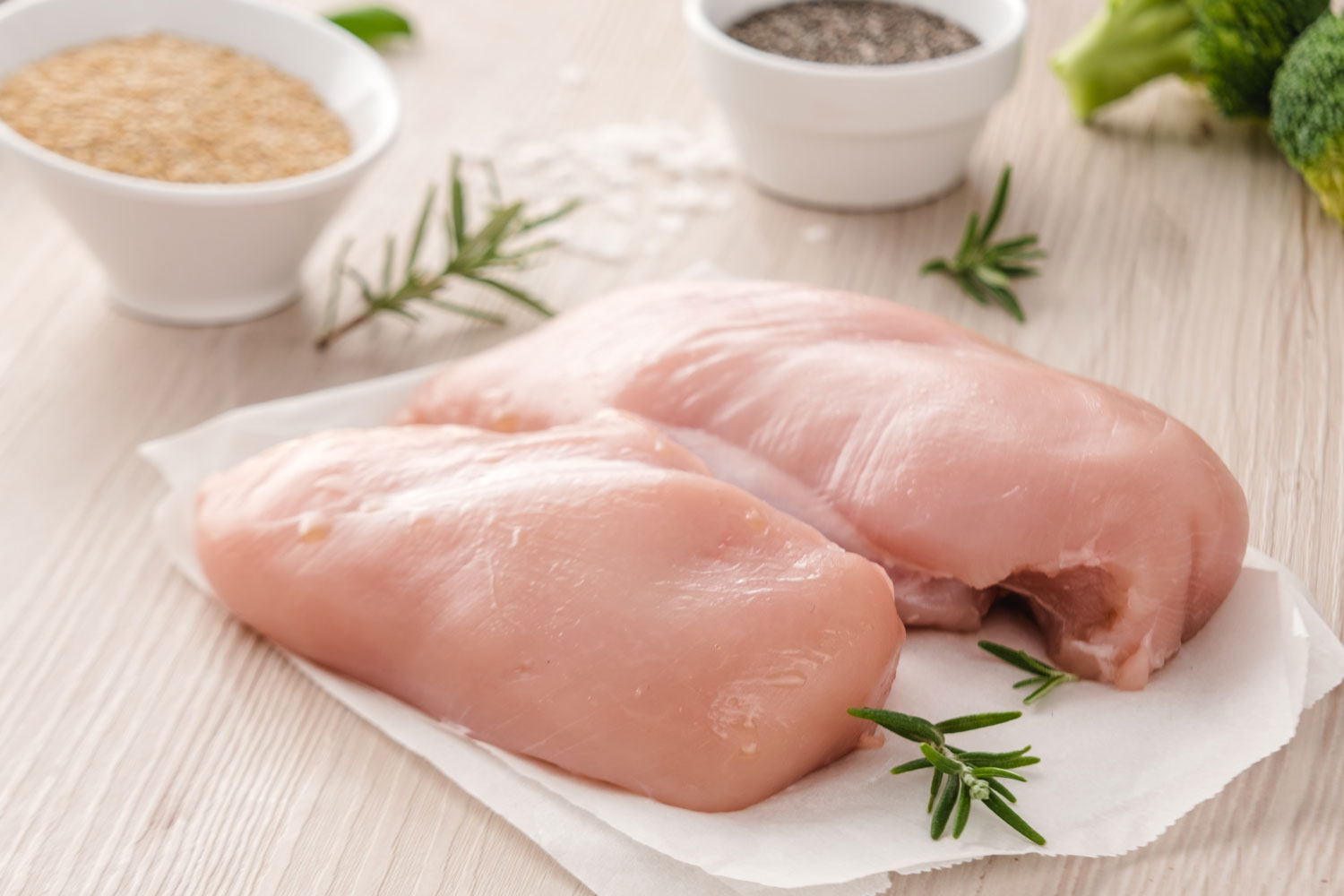 Guide on the different types of industrial chicken 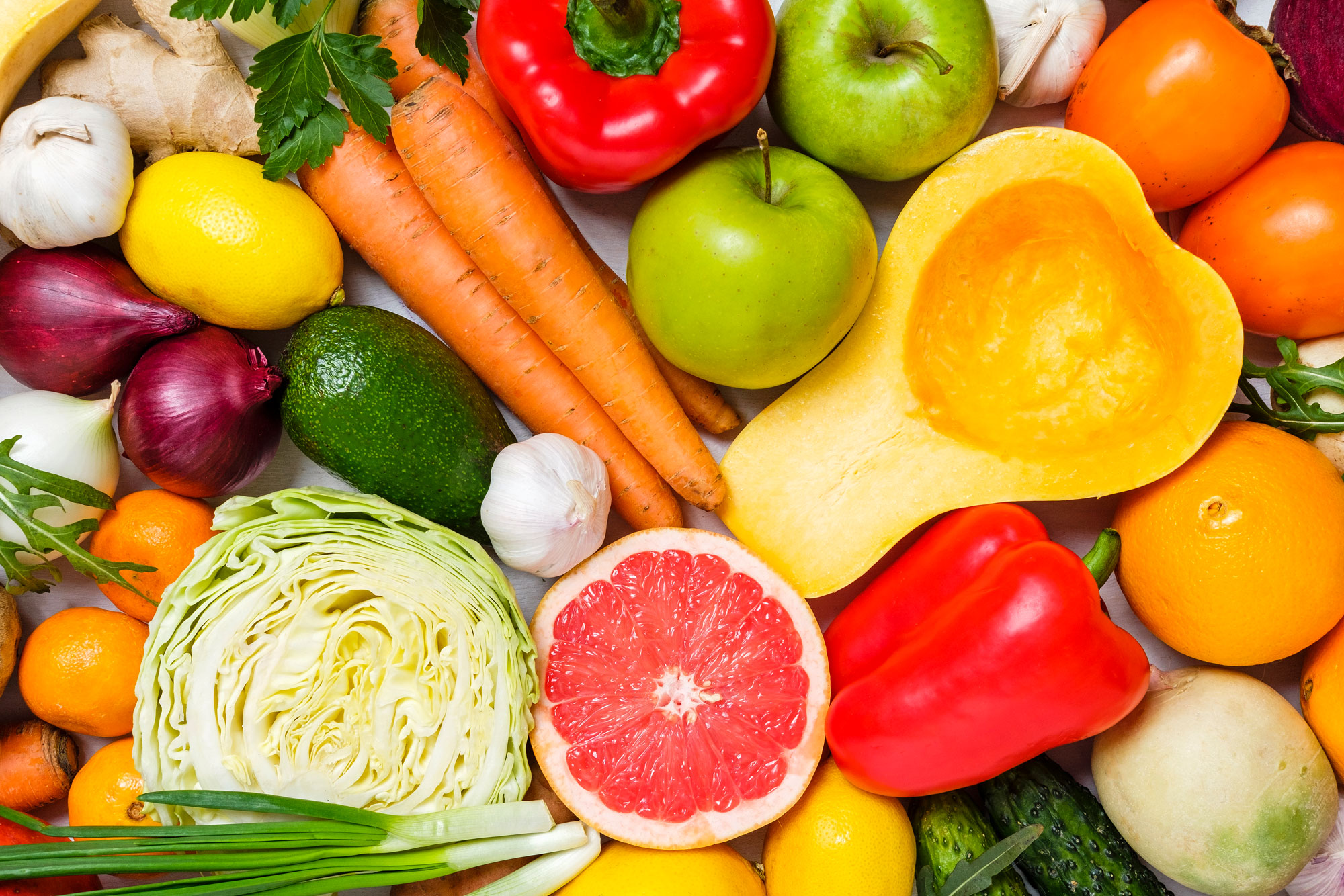 The top Benefits of eating vegetables and Fruits 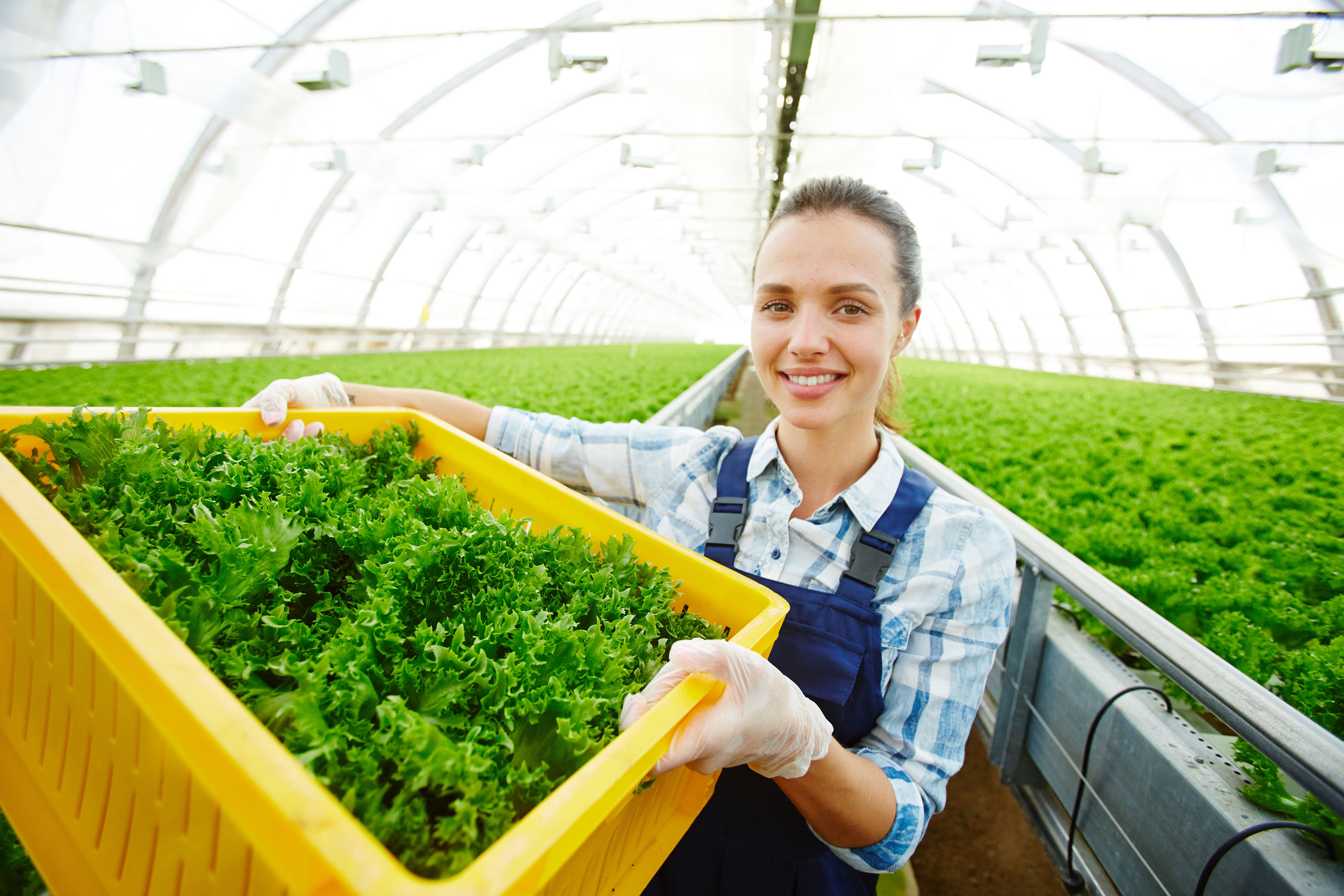 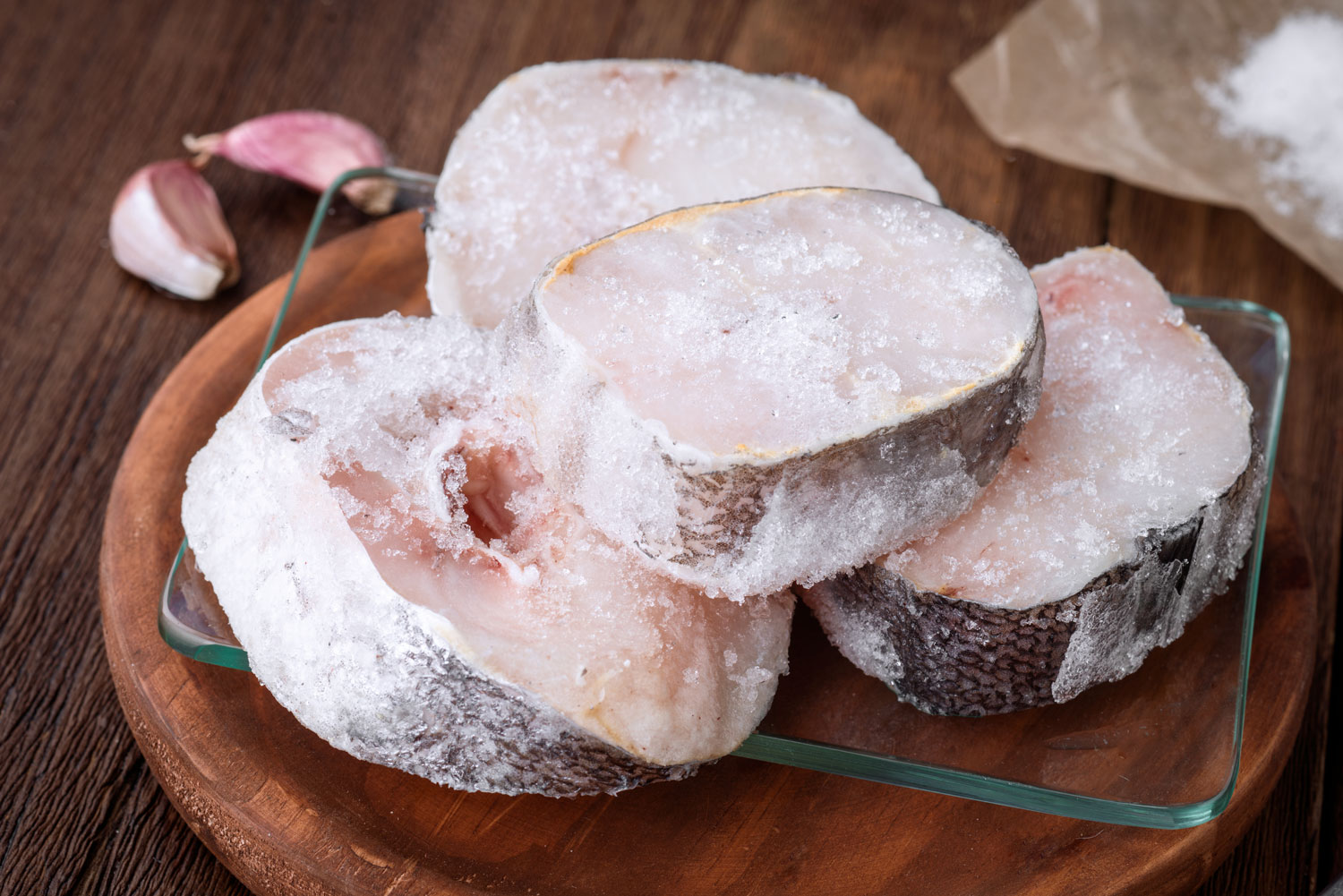 Everything you need to know about cooking Frozen Seafood

September 22, 2022
How Watermelon Market is helping the F&B industry save time and money